Wolfgang Von Stuermer curates this event and the musicians while I curate VJs.   Wolfgang named it Ab Uno Pluribus (from one to many) as the musicians first play independently, then together. This event is scheduled to continue until January 2019.

I co-produced a benefit for Nicaragua people’s revolution with Mercedes Gallego. This significant uprising began on April 18, 2018).

This was a highly successful Fundraiser for Nicaragua to help Nicaraguan protestors in hiding. Featured skyped refugees in hiding and Nicaraguan dancers in the garden across the street. 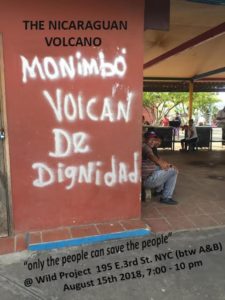 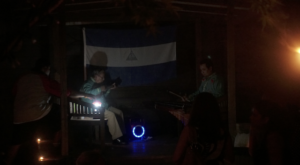 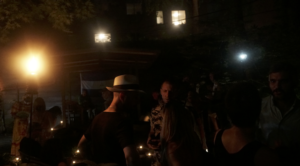 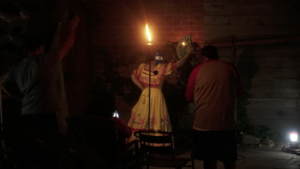 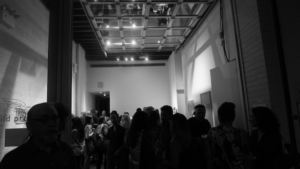 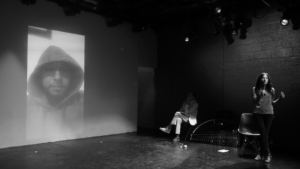 Returned to Nicaragua to film the poetry festival in Granada and continue work on “Far Away” a multi-platform project on Poetry and Politics in Nicaragua. I arranged my second interview with Vice President Sergio Ramírez, conducted by my friend,  journalist Mercedes Gallego

Performed visuals at NYU School for Music and Computing 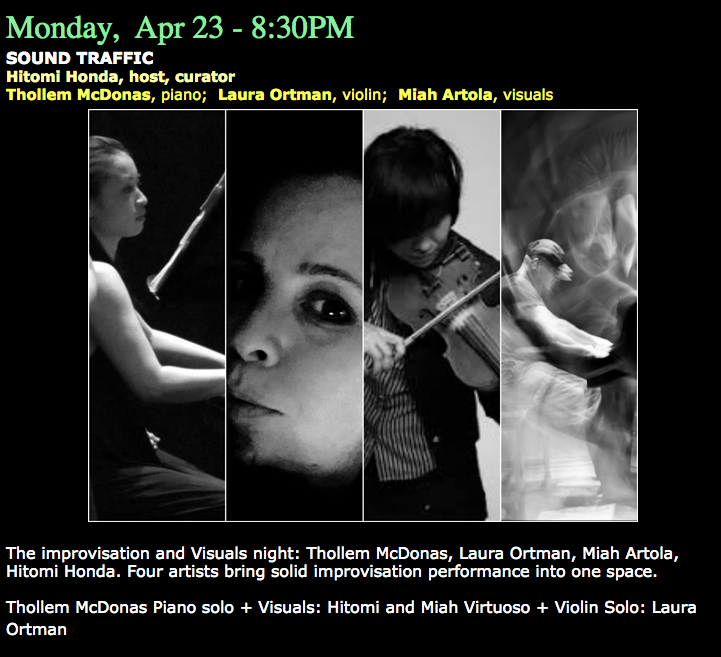 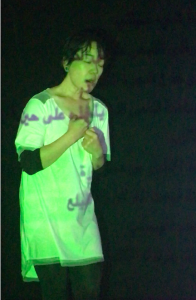 Noise near the projection generates scribbles and landscapes 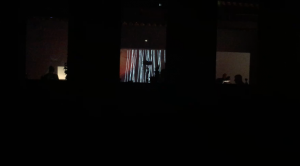 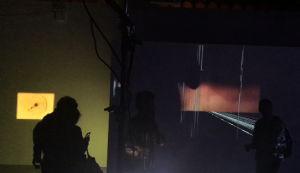 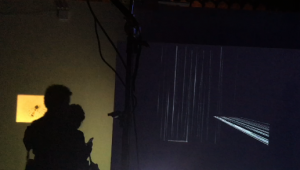 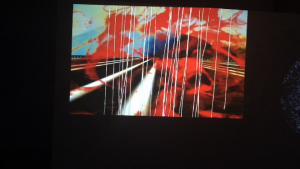 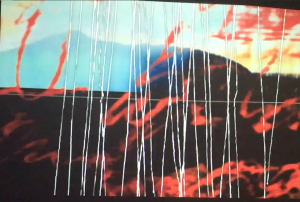 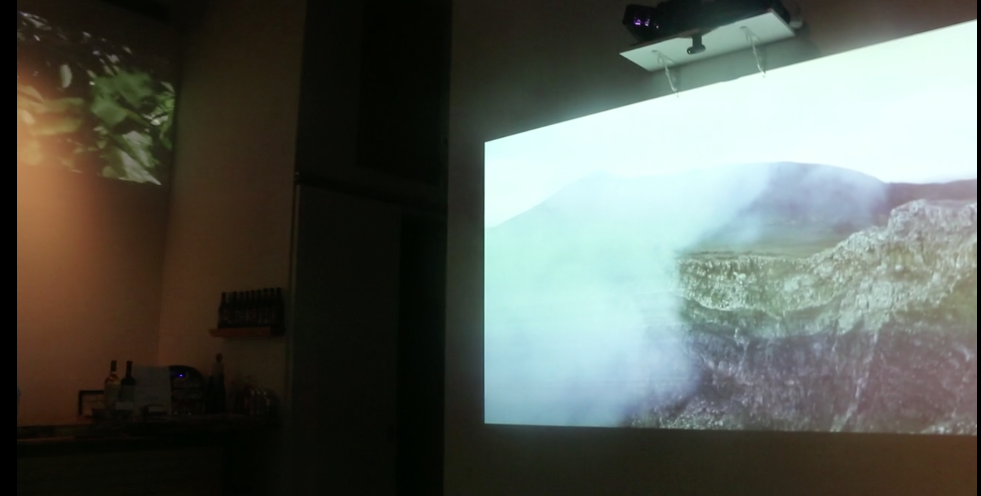 A motion-activated projection of a volcano (which dissolves in stages as you come nearer and nearer to it), which simultaneously generates imagery  (video, drawings, paintings)  on another wall.  The imagery illustrates The Drowned Horse, a poem by Pablo Antonio Cuadra that warns Central America of US imperialism. I am of Nicaraguan descent and return to Nicaragua every year to work on my multi-platform project on poetry in Nicaragua. 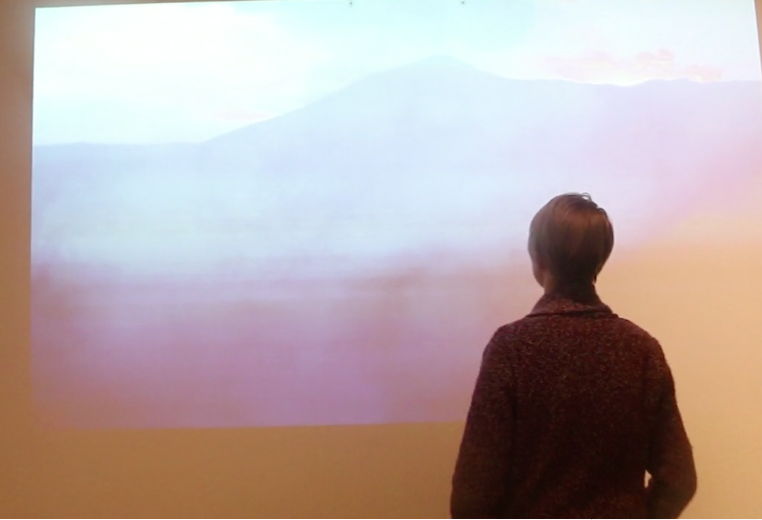 Why Poetry? Despite Nicaragua’s travails, the quality and influence of its literature and its poetic output in particular, has earned it the epithet ‘Land of the Poets’. The poets of Nicaragua have created works that have influenced every facet of cultural, political and social life. It is a center of creativity in the Spanish-speaking world. Poets have tremendous influence in Nicaragua as politicians, revolutionaries and cultural leaders. They are found in the highest offices throughout Nicaragua: Presidents, Vice Presidents, First Ladies, Secretary of States, Military Leaders, Ministers of Culture, Ambassadors. It is not an exaggeration to say that the status of the poet in Nicaragua remains at a level not seen in any country or culture anywhere in the world

Screening of “Far Away: Poetry in Nicaragua”

Donate to Nicaragua! Donations given directly to individuals who need donations. Receipts from Western Union provided.