This installation is as follows:

There are two projections.

On one wall, a video of a mountain is projected (Projection #1). When the mountain projection is approached, it begins to corrupt and disintegrate. Moving closer to it, dissolves it.

Projection #1, in other words, is only able to be experienced from a distance.

The closer the person, the greater the corruption.

Simultaneously, every change in this mountain projection creates the second projection (Projection #2) on the opposite wall. 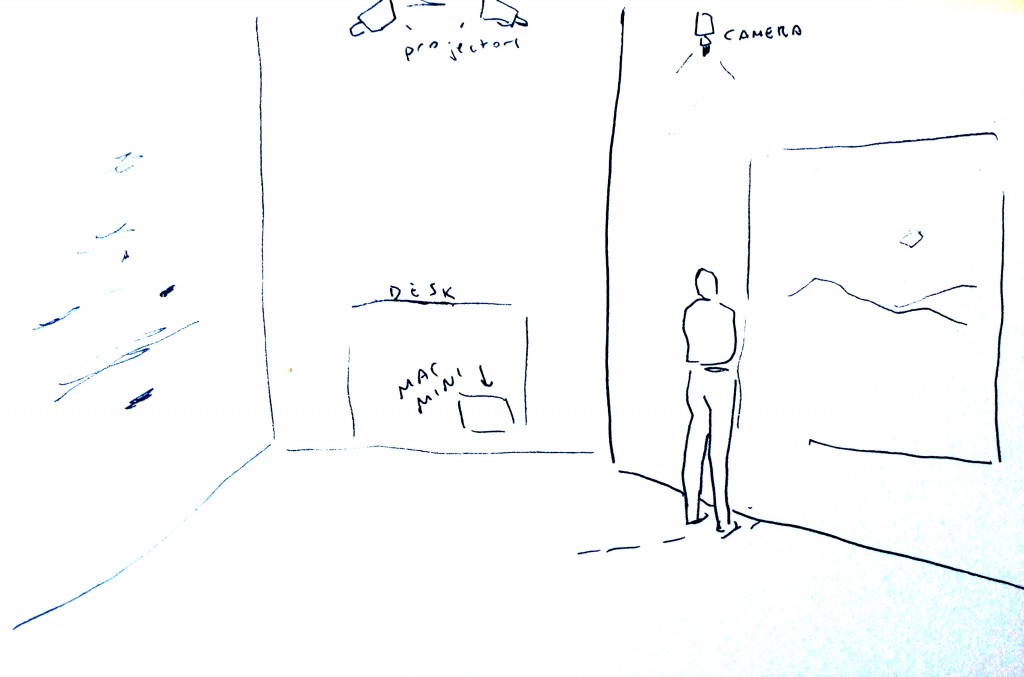 Example of stages of corruption in Projection #1:

Example of Projection #2; pieces on the opposite side of the wall:

pieces on opposite side of the wall 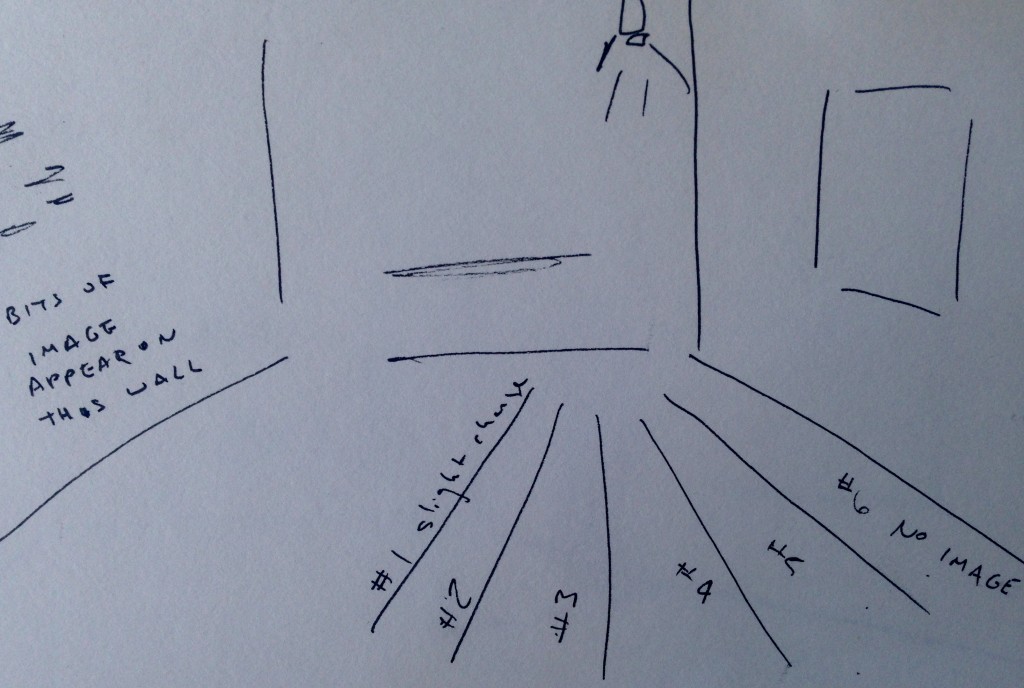 Previous projects I have completed with Thomas include: custom software: APE and a one woman show at Harvestworks

This installation presents a demonstration of the propensity to grasp and own. There is an ethical/political aspect to this piece; it is part of a larger project on Nicaragua and asks we think twice before becoming involved in other cultures and corrupting existing natural areas and indigenous communities.