The Man from Eritrea 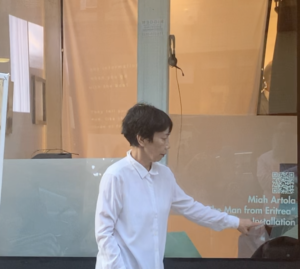 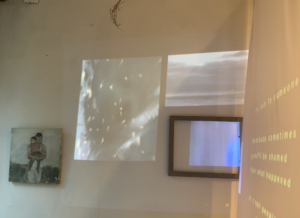 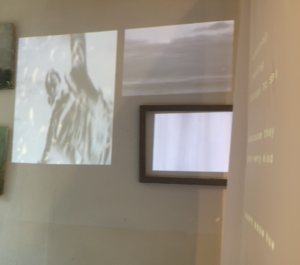 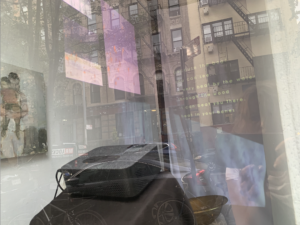 Interactive projections, paintings, and scrolling projections of a word-for-word conversation I had with Dawit Kahsay as he described his travels from Eritrea Africa to Texas  In May I visited Casa Marianella a shelter for refugees in Austin Texas, where I interviewed several of the residents.  Here is where I met Dawit Kahsay, a refugee from Eritrea, who was the inspiration for this piece.

He did not want his image recorded, so just the words he said are projected in the gallery window and his voice can be heard through headphones and his narration is provided as written text.

This projection plays throughout the night, every night,  7 PM — 7AM. Physical paintings and  motion-activated animations (which describe his journey) surround the scrolling projection.

The Man from Eritrea was the first offering from

“…and also with you”

“…and also with you”: a NYFA funded, multi-platform project, which creates documentaries, paintings, motion-activated projections, and immersive installations based on the personal stories of refugees and immigrants

description of the installation 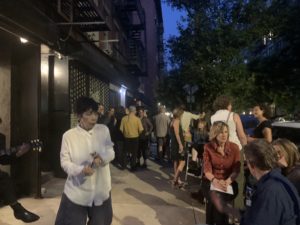 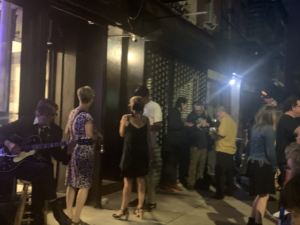 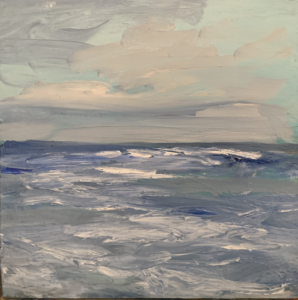 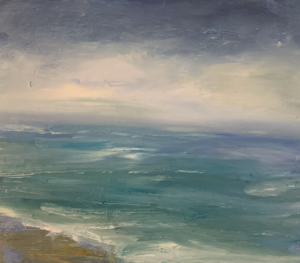 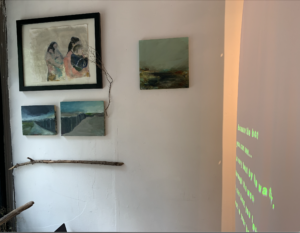 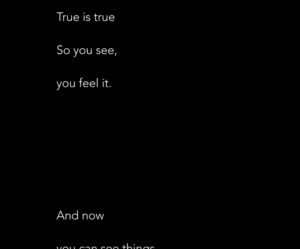